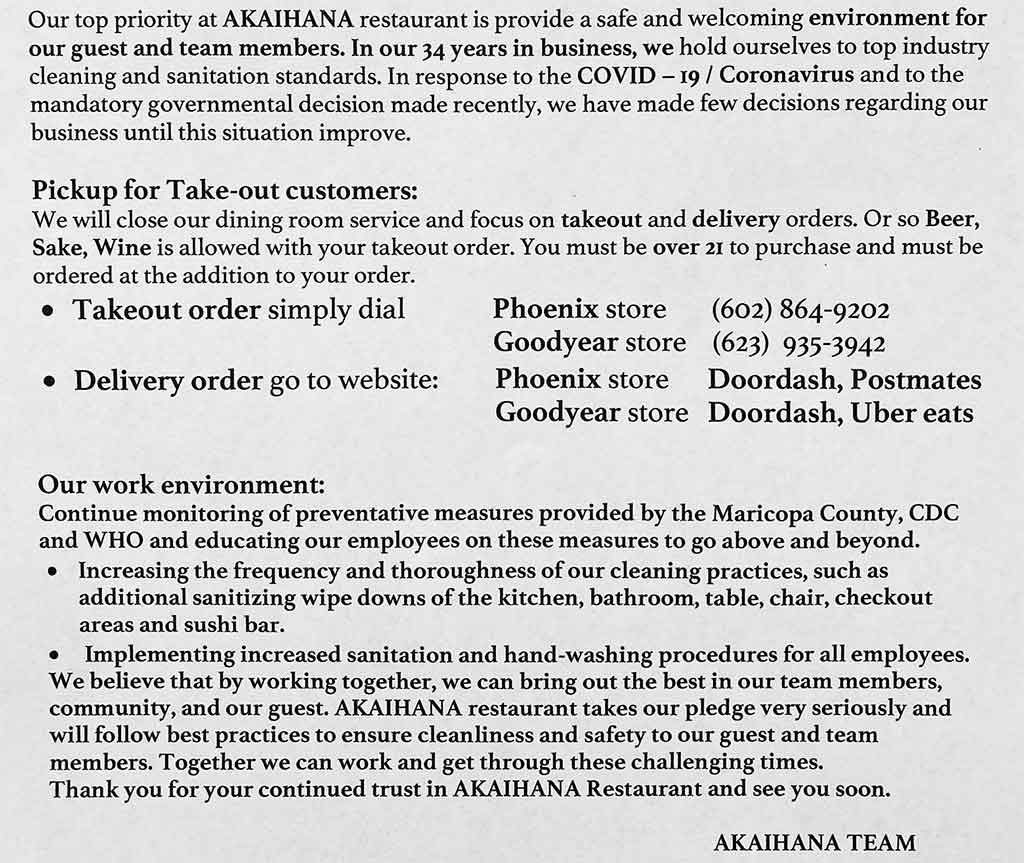 Akaihana Sushi & Grill (Former Mr.Sushi) has been serving fresh quality sushi and authentic Japanese entrees’ in the central Phoenix area since 1986. With future plans of expansion to the North, South, East, and West areas of the valley Mr. Sushi has merged into a corporation. This move has not changed its current management or ownership status.

Sushi/Rolls is our specialty! We have a wide variety of Sushi/Rolls to choose from. Nigiri (fish over rice), Sashimi (fish by itself), Tekka (Traditional Rolls), and Handrolls. Come and try many of our special rolls as well! Paul Roll, Sunset Roll, Mexico Roll, Grand Canyon Roll, and Godzilla Rolls are some of the specials you can only get at Akaihana Restaurant/ Mr. Sushi Corporation. Dinner/Lunch items include the always popular Chicken/Beef Teriyaki to Japanese favorites such as Shrimp/Vegetable Tempura. If you are not sure what eat? Try them all! Majority of our dinner items are available as appetizers as well.